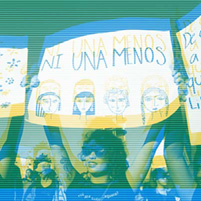 Foreign Minister Heiko Maas launched Unidas on 21 May 2019. The founding event was attended by no fewer than 21 Foreign Ministers from Latin America and the Caribbean; Michelle Bachelet, United Nations High Commissioner for Human Rights; Alicia Bárcena Ibarra, Executive Secretary of the United Nations Economic Commission for Latin America and the Caribbean; Joe Kaeser, CEO of Siemens AG; and around 1000 conference participants.

The aim of Unidas is to bring together people from Latin America, the Caribbean and Germany who work to foster equal opportunities for women and men. After all, women’s rights are human rights!

We want to initiate, support and promote change with organisations and individuals. Our goal is to focus our work on the following issues:

The following are just some of our founding members from Latin America, the Caribbean and Germany: 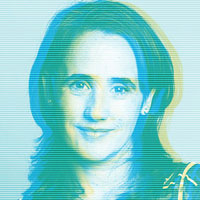 is a political scientist and CEO of the UN Women Nationales Komitee Deutschland. She previously worked for UNIFEM (the United Nations Development Fund for Women) in New York and Bangkok and for the Deutsche Gesellschaft für Internationale Zusammenarbeit (GIZ) GmbH. She holds a postgraduate degree in adult education and worked as an advisor in municipal development, as a research fellow and trainer in further professional education, and as a career advisor. 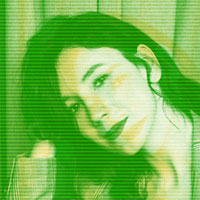 is an actor. She has been an ambassador for the women’s rights organisation Terre des Femmes since 2004. In March 2015, she received the Autorin der Freiheit (Author of Freedom) prize for her speech alongside then Federal President Joachim Gauck at an International Women’s Day event in Schloss Bellevue. In 2017, she was awarded the Order of Merit of the Federal Republic of Germany. She is patron of the online counselling service SIBEL set up by the organisation PAPATYA to help young women and girls who have problems with their families. is the founder and CEO of Conflict Women, a social enterprise that provides income, training and microfinance to the survivors of rape and domestic violence in Trinidad and Tobago, Jamaica and Barbados. She is a recipient of the Commonwealth Points of Light Prize, which is awarded by Queen Elizabeth II, and is also a TEDx speaker. Prior to her work with Conflict Women, she worked for UNICEF in Geneva and in the Ministry of Foreign and CARICOM Affairs of Trinidad and Tobago. 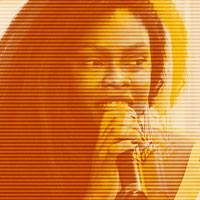 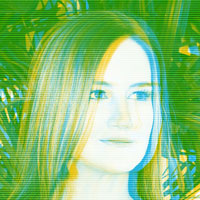 is a former Housing Minister of Paraguay who previously served as National Director of TECHO Paraguay, an NGO that promotes the construction of emergency housing and young people’s active involvement in political decision-making processes. She holds a degree in engineering, studied project management, and is a graduate of the Global Competitiveness Leadership programme at Georgetown University. She is currently studying for a Master of Public Policy at Oxford University. 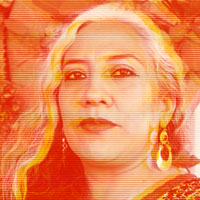 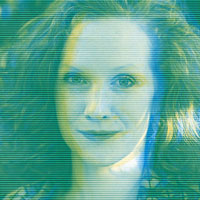 has worked as a freelance journalist, advisor and speaker since 2019. She speaks on television and in panel discussions on the transformation of the world of work, digital strategies for journalism and politics, participation, justice, representation, power and sexual self-determination. She began her career in 2008 as community editor of the magazine “der Freitag” and went on to advise the Social Democratic Party of Germany (SPD) on digital strategy. She is a former editor-in-chief of the online magazine “Edition F”. In 2017, she was awarded the Journalist of the Year Prize in the entrepreneur category.