Newest groups
in the community

The Unidas Women’s Network is controlled by the non-profit association Unidas and an advisory board, which currently consists of 11 women from Latin America and the Caribbean and 11 women from Germany who advice the association on strategic issues. The day-to-day tasks of the Network are undertaken by the Deutsche Gesellschaft für Internationale Zusammenarbeit (GIZ) as the coordinating body.

The Unidas Women’s Network bundles its activities in thematic or national groups coordinated by Nodal Points. Nodal Points are particularly committed members, mostly from countries with a large active membership base. In an honorary capacity, they support the communication and the exchange of information between members and thematic or regional groups of the network, organize activities and coordinate group meetings. 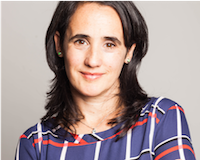 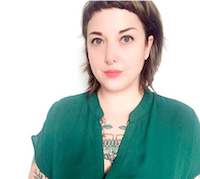 Andrea Dip is director and editor at Agência Pública of Investigative Journalism in Brazil. Founded in 2011 by women reporters, Pública is the first nonprofit investigative journalism agency in Brazil. Andrea has worked with journalism focused on human rights since 2001 and received 13 journalism awards for Human Rights coverages. In 2018, she published her first book "Em nome de quem? A bancada evangélica e seu projeto de poder" (In whose name? The Evangelical Political Bench and Its Power Project). Maintains a weekly column at UOL and researches gender, politics and the advancement of religious fundamentalism in Latin America. Andrea Dip is also a Cosecha Roja fellow editor in Narrative, Gender, Violence and Youth.

Researcher, social worker and feminist activist, with advanced training in Population Studies and Senior State Management. Experience in university teaching in the areas of research, public policy and social development. Author of research, essays and articles related to women's rights, peace and militarism. National Director for Women's Equity, 1995-1998. Colombian Government Delegate to the Inter-American Commission of Women, OAS, Washington. Delegate of the Colombian Government to the UNESCO meeting on the human genome, Paris. Delegate of the Colombian Government to the meeting of the Andean Parliament, Venezuela. Vice-President of the National Planning Council, 1994-1995.

Executive Director of the Christian Center for Reflection and Dialogue Cuba. It is an organization of Christian principles. Promotes spirituality, human dignity, and conflict resolution. She has a Bachelor's Degree in Humanities and a Master's Degree in Business Administration. She is also a Presbyterian Ruler of the Reformed Presbyterian Reformed Church of Cardenas. 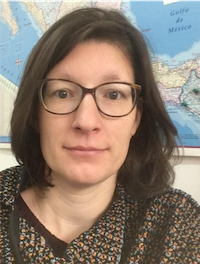 Hello everyone! I am Anja Kersten, German diplomat in Mexico. For the initial phase, the German embassy in Mexico would like to participate and activate the potential of this women's network, that's why I am happy to be the Nodal Point for you in Mexico. I work in the political section of the embassy and came to Mexico in 2018. I am delighted to be part of this network. 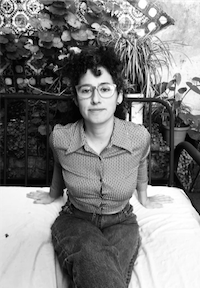 Writer and freelance journalist. Degree in Communication Sciences (FIC/UDELAR). She has collaborated with numerous digital media and human rights organizations in Latin America. Currently with La diaria and Pikara Magazine, formerly with Distintas Latitudes. She specializes in human rights, gender and feminism agenda; and in narrative journalism and chronicles. Participated in journalism workshops with Leila Guerriero and Marcela Turati. Coordinates the independent media Kaja Negra.

German-Peruvian Research Fellow and Doctoral Researcher in Political Science at the GIGA Institute for Latin American Studies in Hamburg. At the GIGA Institute, Johanna is part of a research team working on implemented policies on violence against women, particularly in the domestic sphere, during the context of the COVID-19 pandemic in Latin America. Her other research areas include policy efforts on child labor and social protection mechanisms for children and informal workers in Latin America.